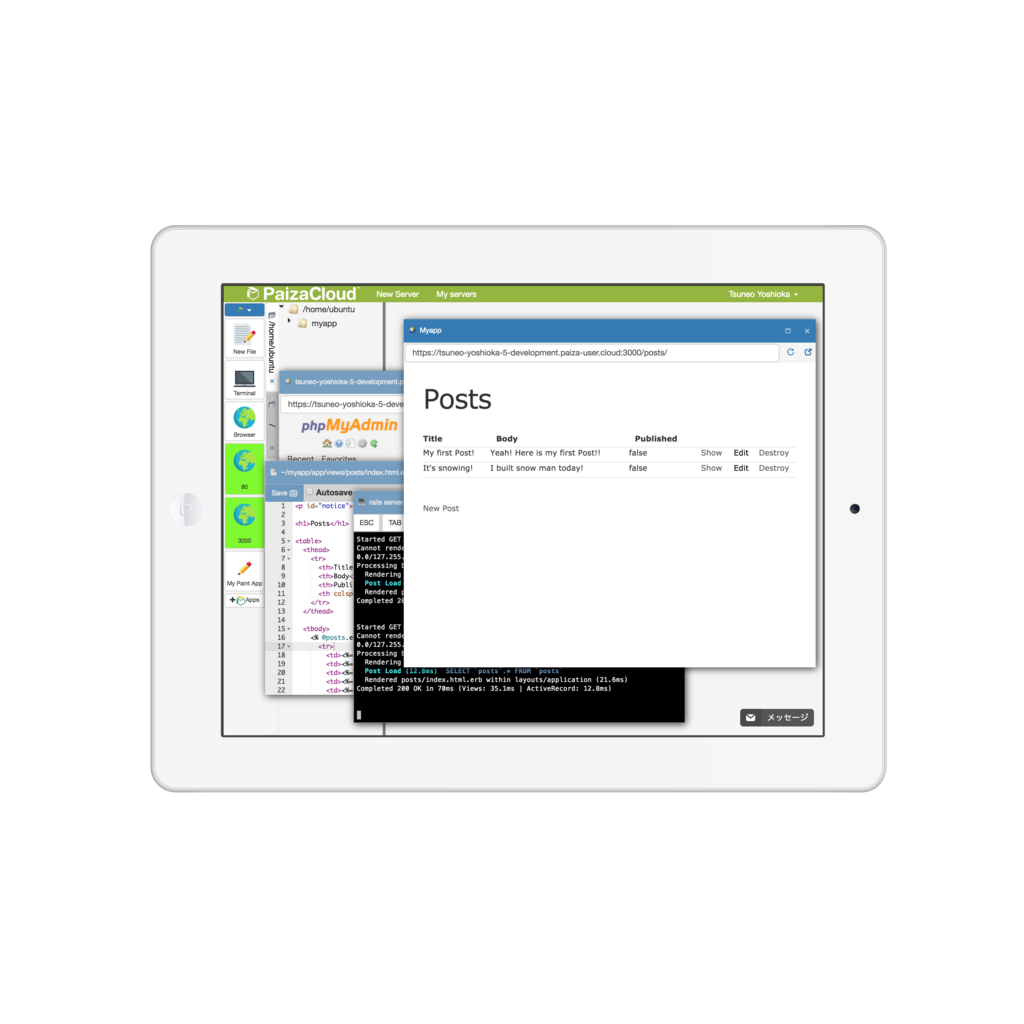 Do you have an iPad?

With iPad, we can edit e-mail, browse the web, create documents or spreadsheets or presentation, browser photos or movies quite handy. With millions of applications on App Store, iPad can even be more useful than PC.

Isn't it more useful if we can develop web or other applications on iPad?

As you can use the same environment from any devices, you can develop on PC today, and continue development on a cafe using iPad tomorrow.

In this article, we actually build a BBS application on iPad using PaizaCloud and Ruby on Rails. We can build the application just in 10 seconds just following the instruction.

Getting started with PaizaCloud Cloud IDE

So, here is the website of PaizaCloud Cloud IDE. 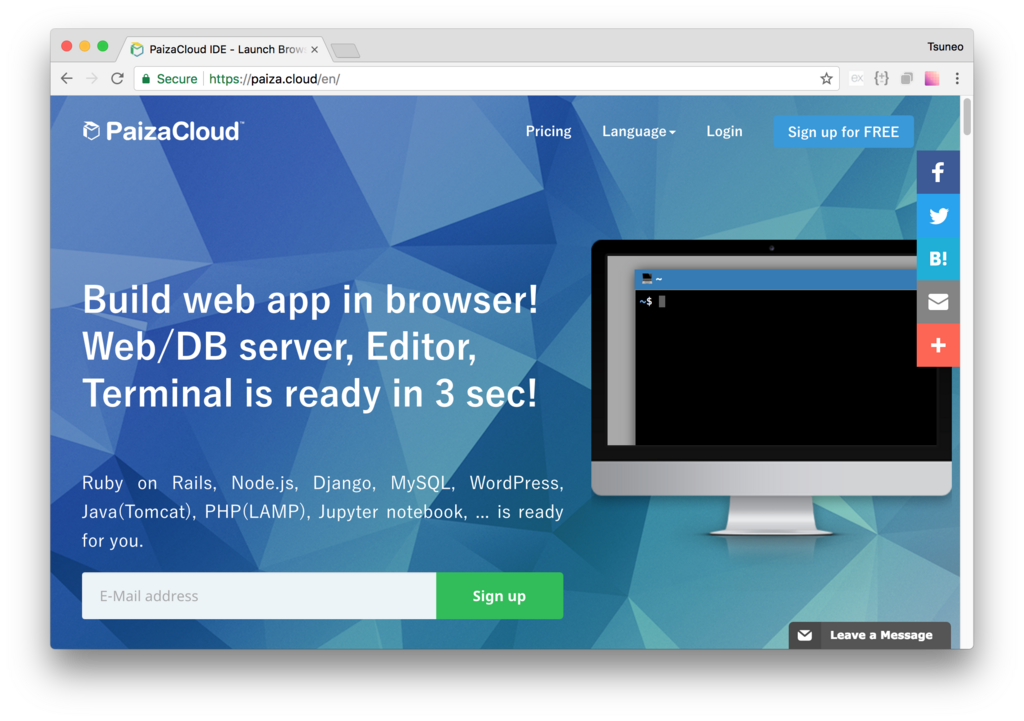 Just sign up with email and tap a link in the confirmation email. You can also sign up with GitHub or Google.

Let's create a new server for the development workspace. 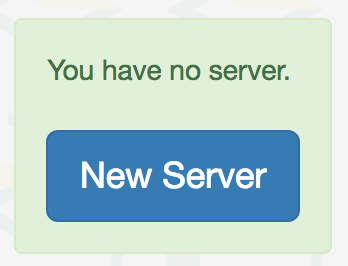 Tap "new server" to open a dialog to set up the server.

Here, you can choose "Ruby on Rails", "phpMyAdmin", and "MySQL", and tap "New Server" button. 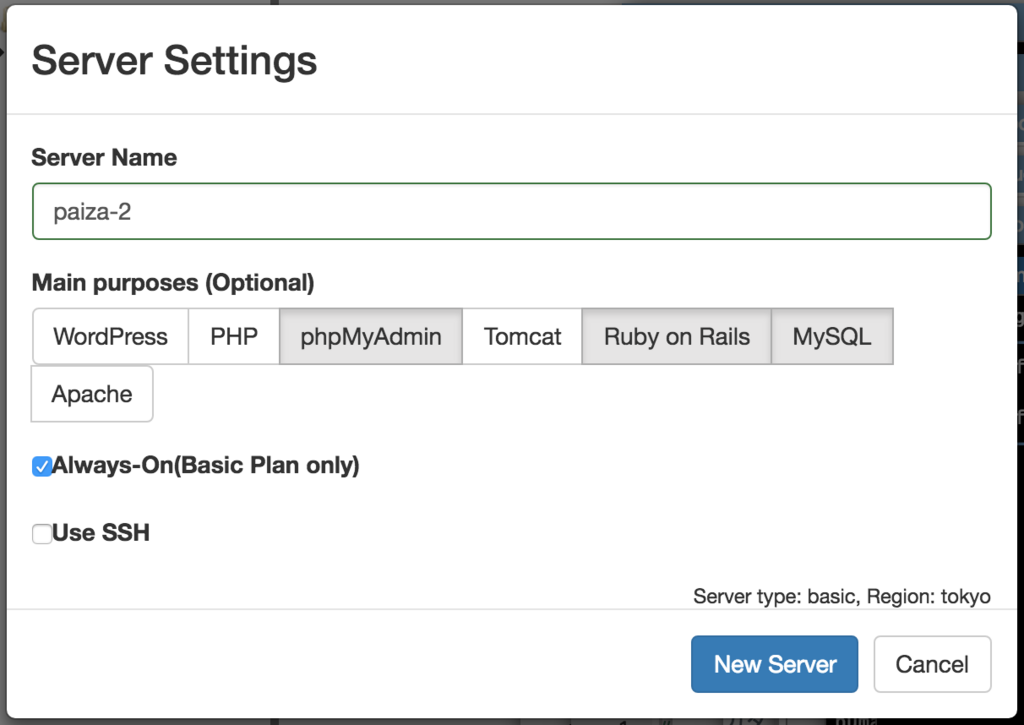 Just in 3 seconds, you'll get a browser-based development environment for Ruby on Rails.

Then, let's create your Ruby on Rails application.

You can use "rails new" command to create Ruby on Rails application.

On PaizaCloud Cloud IDE, you can use PaizaCloud's "Terminal" application to run the commands in your browser.

Let's tap the "Terminal" button at the left side of the page. 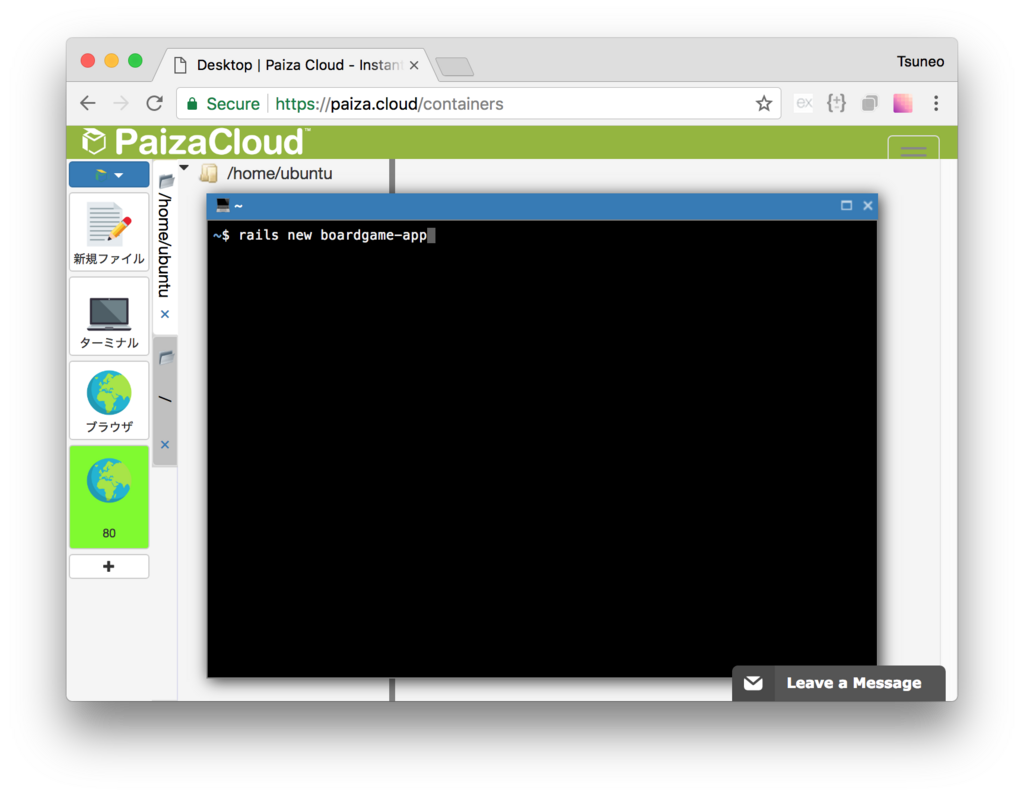 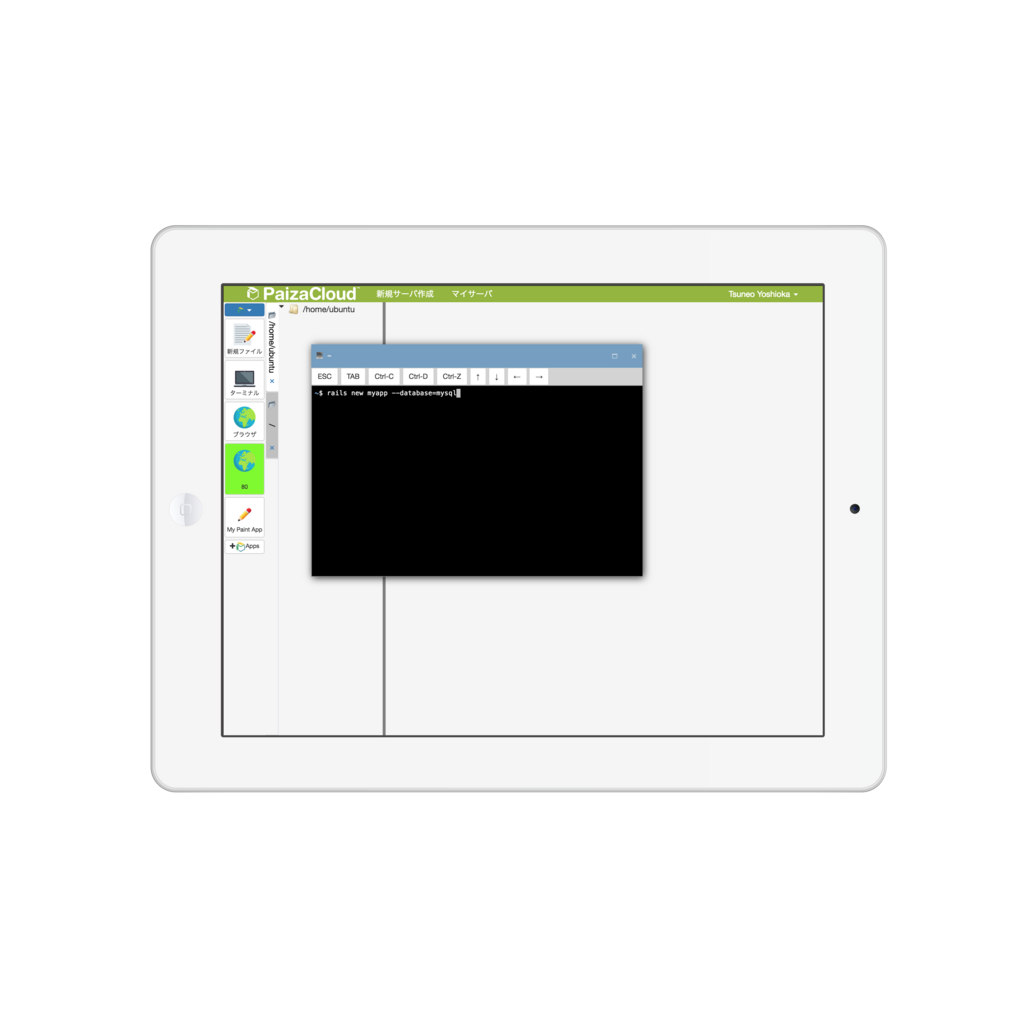 In the file finder view at the left side of the page, you'll see the "myapp" directory. Tap the folder to open it to see inside the directory.

You'll see a bunch of files for the Ruby on Rails application.

You'll already have a MySQL server running because you checked it on the server setting. But if not, you can always manually start like:

On PaizaCloud Cloud IDE, you can install packages on root privilege.

Change the directory by "cd myapp", and type "rails server" to start the server! 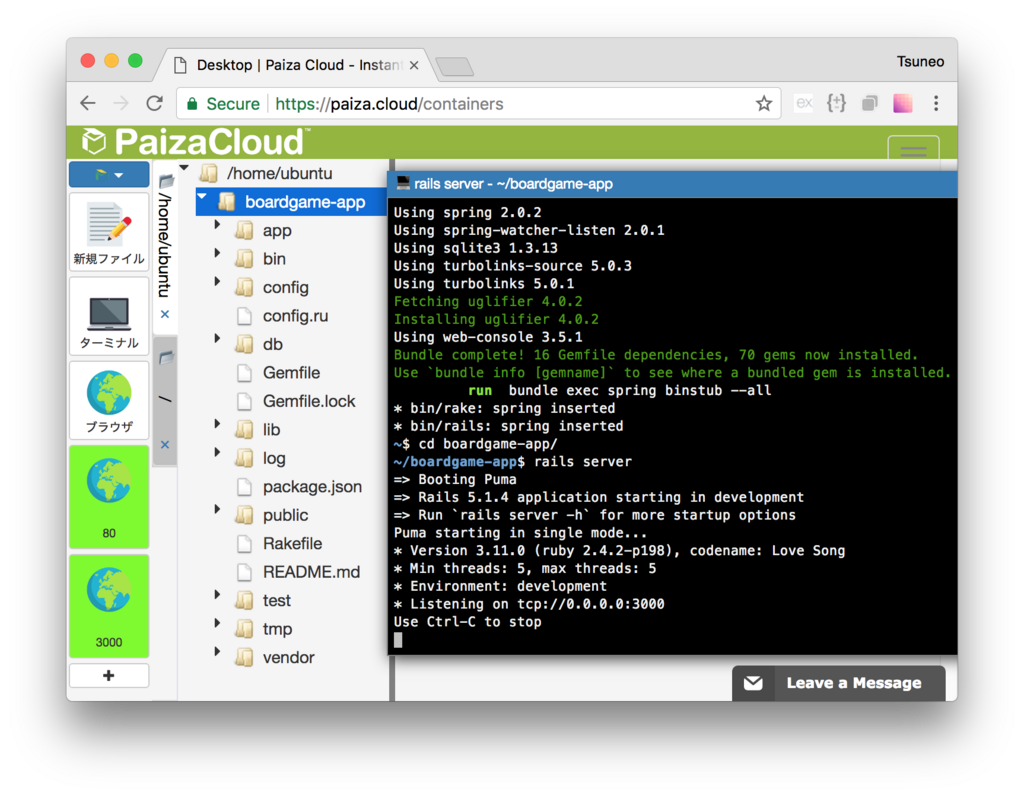 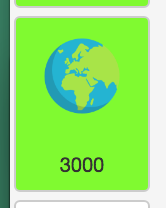 Ruby on Rails server runs on port 3000. PaizaCloud Cloud IDE detects the port number(3000), and automatically adds the button to open a browser for the port. 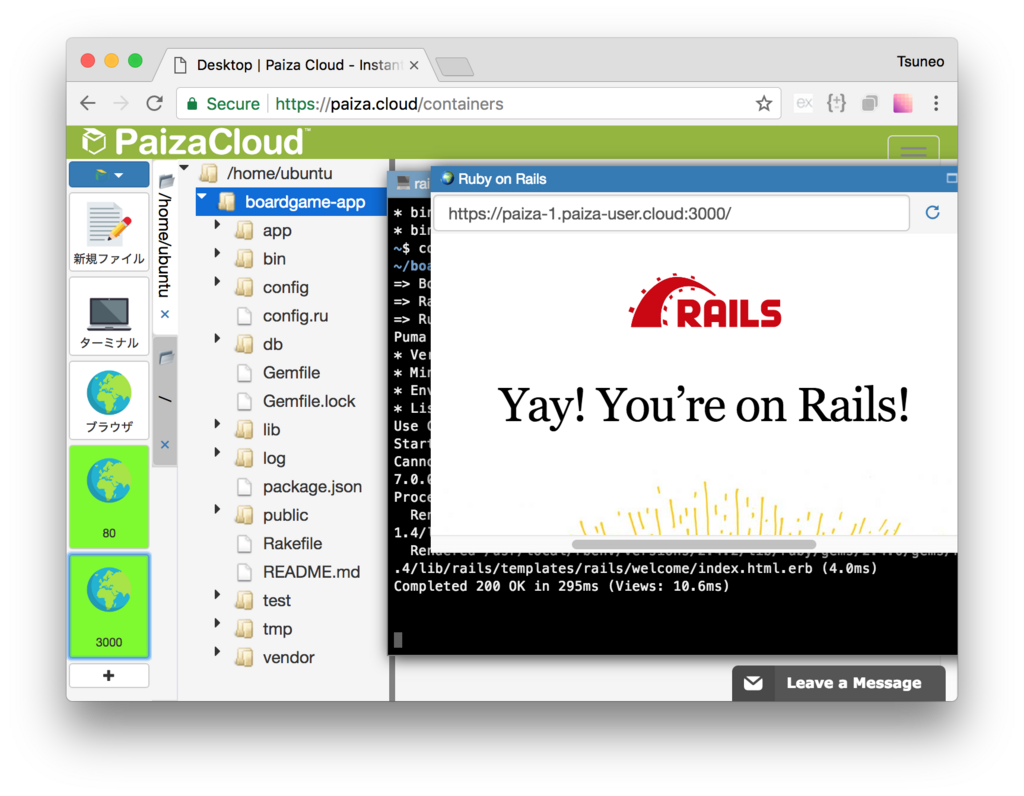 Next, let's use database on the application.

On Ruby on Rails, you can just use "rails generate scaffold" command to create all files or a database table, a model, a controller, or a routing.

Here, we create a table "posts" with fields "title", "body", and "published".

After that, run commands for creating and migrating database table.

Done! Put "http://localhost:3000/posts/" in the URL bar of the PaizaCloud browser application.

Then, you'll get the list of the board game. Let's try to add or delete the posts. 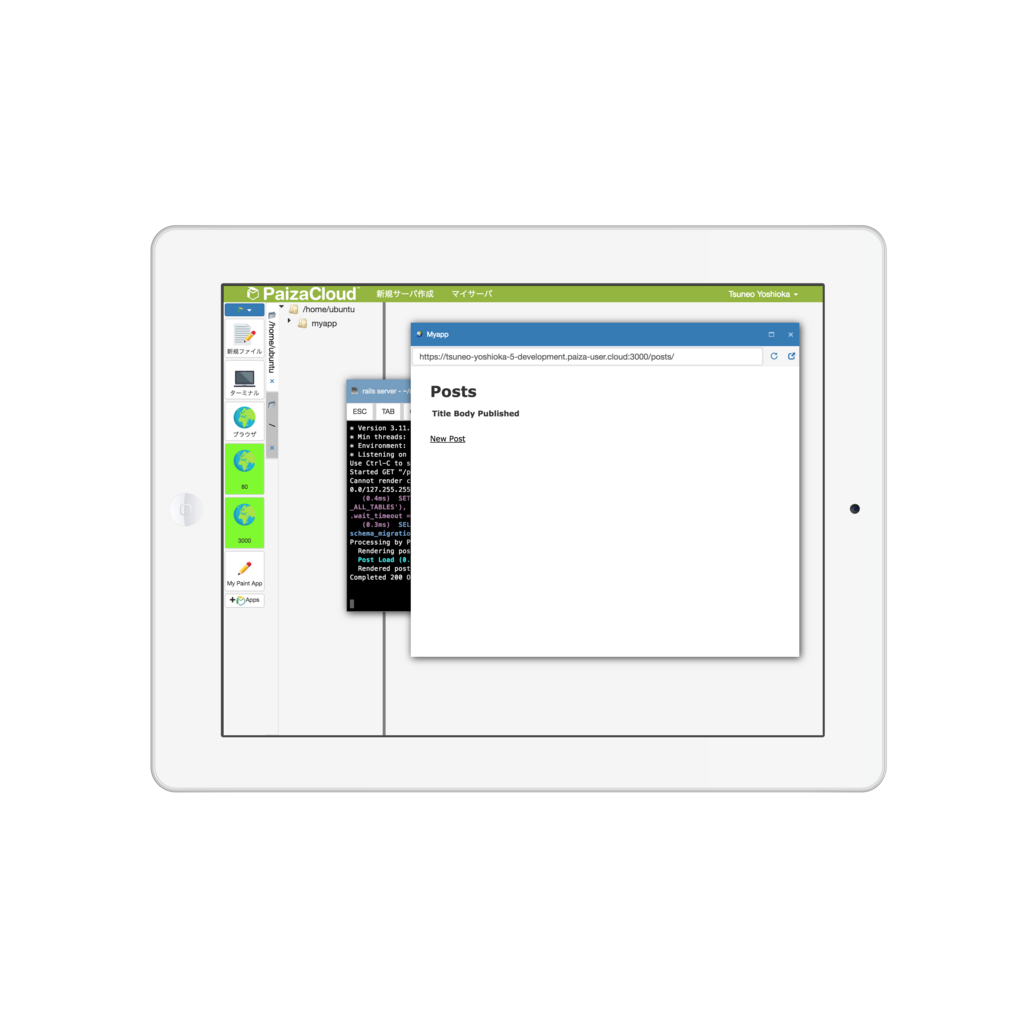 You can see the database table using phpMyAdmin.

On PaizaCloud browser application, put "http://localhost/phpmyadmin/" in the URL bar. 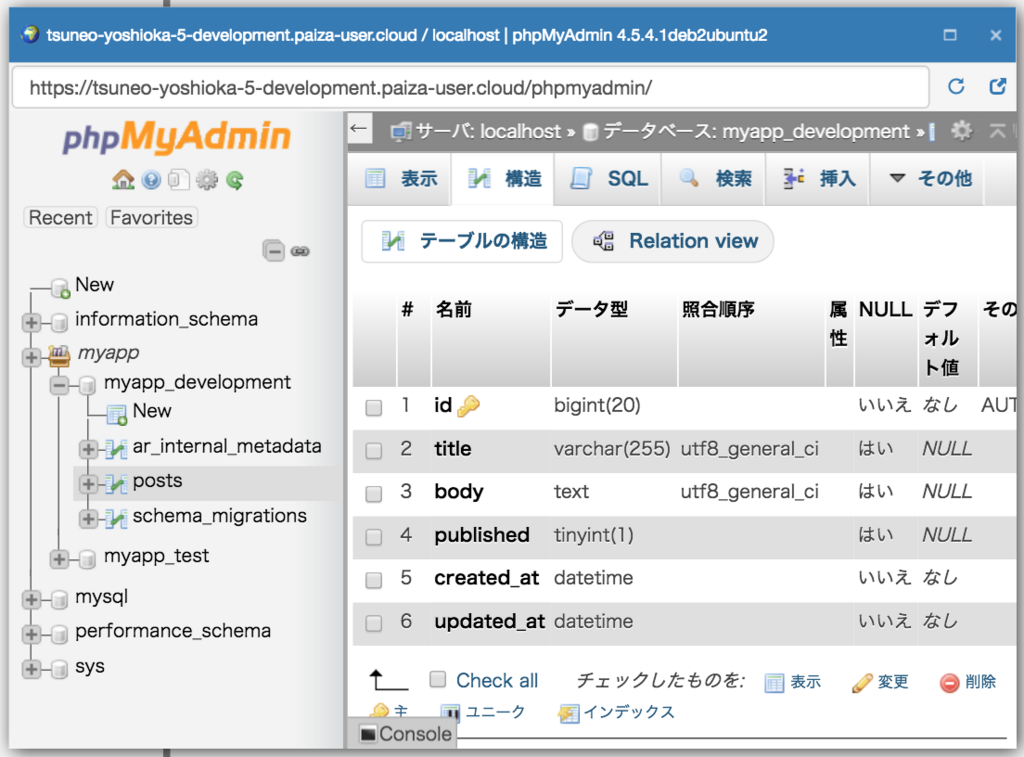 Now, let's change the title by editing the file.

To edit a file, double-tap the file on the file finder view. 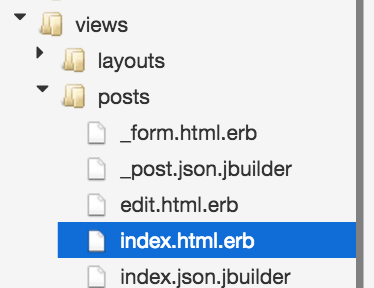 Then, change the title inside ＜h1＞.

Open "config/route.rb", and append routing for the root page like below. 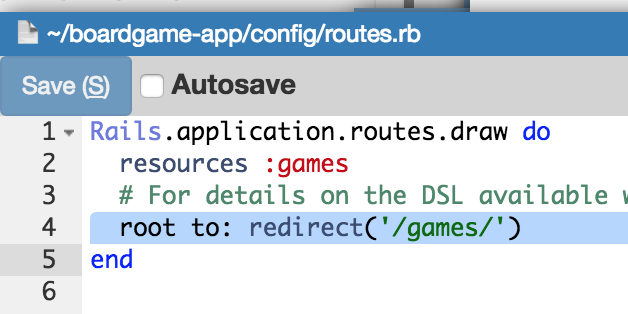 Now, the basics of the application is done!

Although we used PaizaCloud on floating window mode, you can switch to tab windows mode for full-screen editing by tapping window bar's maximize button, or by tapping blue button with PaizaCloud button to open a menu and choose "Tab Window Mode". 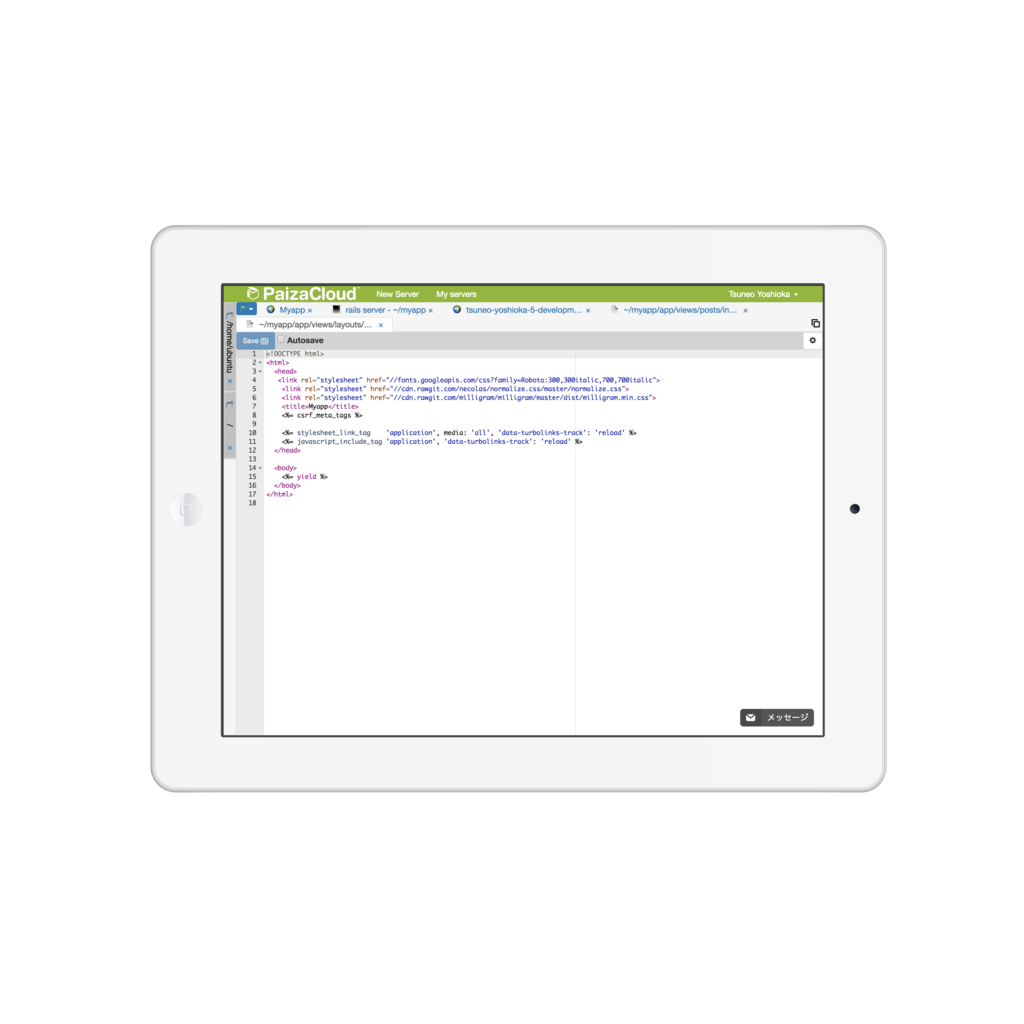 With「PaizaCloud Cloud IDE」, you can flexibly and easily develop your web application or server application, and publish it, just in your browser.